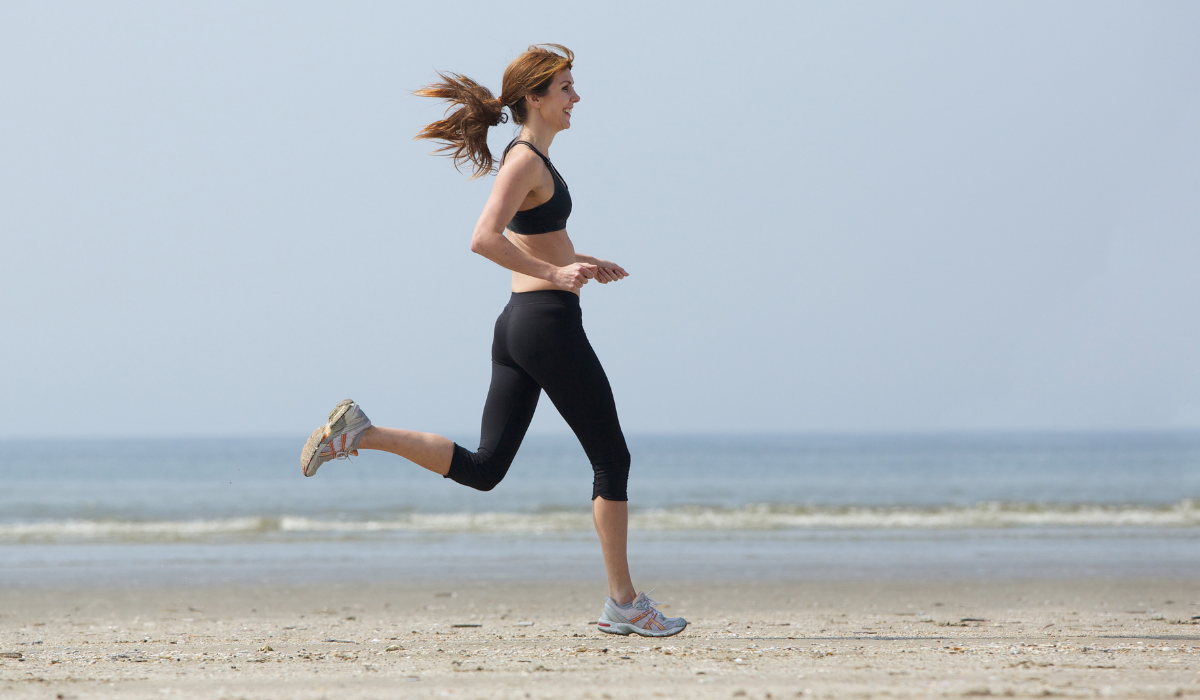 When it comes to jogging, the average observer would be forgiven for not realizing how much thought goes into proper form. Your posture, positioning of your hands, and how your feet hit the ground all play a part in running efficiency.

But when people speak of the infamous midfoot strike, what are they talking about?

Well, regardless of how you run, whether it be from your heel, the ball of your feet, or the tips of your toes, you are one of three types of runners.

In this article, we will go over all three ways to run in detail and not only explain what they are but how each may benefit you and why the midfoot strike is commonly considered the most efficient.

The 3 Types of Running

When it comes to running, it isn’t quite as simple as the mental hurdle of pushing yourself onward when your lungs feel like they are being twisted inside out, despite how many of us may feel afterward.

There is a technique to it, a beauty in the simple motions that separate Billy-from-gym-class and Billy-who-runs-marathons on the Blue Ridge Parkway.

One of the most common ways to lessen injury and improve performance is switching up how your foot hits the ground.

About 65% of all people are heel strikers, with women edging men slightly overall. Now, if you do run like this, it is entirely possible to change it slowly over time, but many people believe it isn’t necessary.

Only one study with one marathon as its “focus group” found a correlation between midfoot strikes and higher performance, but this conclusion was based strictly on that one marathon.

So while this study does point to higher levels of performance in midfoot strikers, it is not enough data to conclusively prove that midfoot striking gives you an overall advantage.

This is not to say that other styles don’t cause injuries. They do.

But it should be said, though, that the heel strike is generally considered to be the style with the highest likelihood of injury.

Injuries from heel-strike running are going to differ by the specific area, though. For instance, a forefoot striker will feel injuries in their calves at a higher rate than heel strikers.

If you are a heel-first runner who wants to switch, you should do the process slowly over time. Changing your style poses the highest chance of injury due to your body not being familiar with the movement.

Chances are, if this is how you run, you have a background in sprinting or, at the very least, play a sport that requires some gifted movement. This is due to the way the foot hits the ground, which allows the runner more forward movement with minimal contact.

The forefoot runner typically lands on the balls of his feet and his unfortunate foot phalanges (toes) and typically makes up the smallest percentage of runners in most marathons.

While this forefoot running is highly effective in short-distance sprints, it will prove insanely taxing on your calf muscles in an endurance race.

While this article maintains that the midfoot strike is the most efficient overall, there are some who firmly believe the forefoot strike is universally better than the other two.

So due to a lack of studies on the matter, the best style overall may be subjective and depend on who you ask.

Now that we have gotten to the star of the article, let’s cover the widely praised midfoot strike.

While it has been proven to be safer than the other running alternatives, the midfoot strike is not without its drawbacks.

As far as injuries go, you will experience more strain on your Achilles tendon as well as your calves when using this style of running in a way that you wouldn’t with a heel strike.

You also can keep a pretty good speed without tiring yourself out like you might if you are a forefoot runner.

Due to this, even though it may be silly to change your natural running style, experts believe that the midfoot strike is the most elite form of running for endurance.

How to Become a Midfoot Runner

So this is a bit controversial for many people in the distance-running community.

Some say that you should stick with the style that your body is comfortable with unless injured, while others really emphasize trying to change your style to be more neutral and aimed towards the middle of the foot.

While I won’t throw in my two cents, I will give some helpful tips on how to transition if anyone feels the need to or simply wants to alternate styles while their knee recuperates.

The best way to move into a midfoot running form is to throw your shoes to the side when you jog.

Now obviously if you are jogging through urban alleyways, this may not be viable unless you want glass in your toes, but if you can do it, try it. Landing on your heel without the comfortable padding of a shoe is painfully unnatural, and you will soon realize that the way you run barefoot is far closer to a midfoot strike.

You can also shop around for minimalist shoes that don’t offer the training-wheel padding that most running shoes will give you nowadays.

However, you should be wary that when you start, your chances of plantar fasciitis are considerably higher. The downside with emphasizing muscles we don’t often use is that they reward us by feeling like they are trying to evict themselves from our body through spasm-like protests.

This should be a constant effort, whether you are switching up your running style or not.

Half the battle when running is making sure you don’t overexert yourself, and when your spine is arched at a thirty-degree incline, you are not doing yourself any favors.

So puff your chest out like you just won an award, straighten your back as if you haven’t stretched in hours, and relax those knees!

Better posture can also lessen the chance of long-term injuries as well, which is hugely important for your lower body down the road.

Believe it or not, you can do several exercises to help improve your footing while in the middle of a jog.

The first is something I already spoke about but deserves reiterating: barefoot movement. But you don’t have to start with sprints.

It probably feels weird to keep putting your shoes on and off, but this pattern gets you used to landing on the middle of your foot, regardless of what you have on your feet. Alternate between barefoot and running shoes until you feel comfortable enough to begin jogging.

Then begin the alternating process but do it while jogging. This will help your body acclimate without overdoing it.

This process of change should be slow and methodical, or you are going to injure yourself, which will only slow the transition even further.

On top of that, you can do a few of the old exercises our gym teachers used to tell us to do — turns out they actually serve a purpose.

The first you can do is the all too familiar “high knees,” which is kicking your knee up as close to your chest as you can before switching to the other leg. It should look like you are trying to run up the steepest stairs in creation.

The second is the mildly humiliating “butt kick” that feels like we are scolding ourselves through our back foot.

To perform a butt kick, bring one foot backward while your knee is bent like you are trying to kick yourself in the butt with the heel of your foot. As the foot goes backward, your opposite arm should be swinging forward like you are running in place.

Seriously, take it one day at a time.

There are people who are nearing eighty years old who have completed the Boston marathon.

You have your entire life ahead of you to perfect your footing: there’s no reason to damage your joints and tear your muscles in the false hope that you will speed up the process.

Take your time, commit to the exercises, and work at it daily. Before you know it, you will forget you ever had a heel to begin with. OK, that is likely a stretch.

The midfoot strike is widely believed to be the Cadillac of foot placement when running. Whether that is true or not is for someone else to argue.

The midfoot strike’s ability to lessen the likelihood of injuries is very beneficial, however, and the little evidence that there is points to it being utilized by elite marathon runners.

So if you are looking to be one of the best in your local marathon, it may be time to start considering switching up your strike! 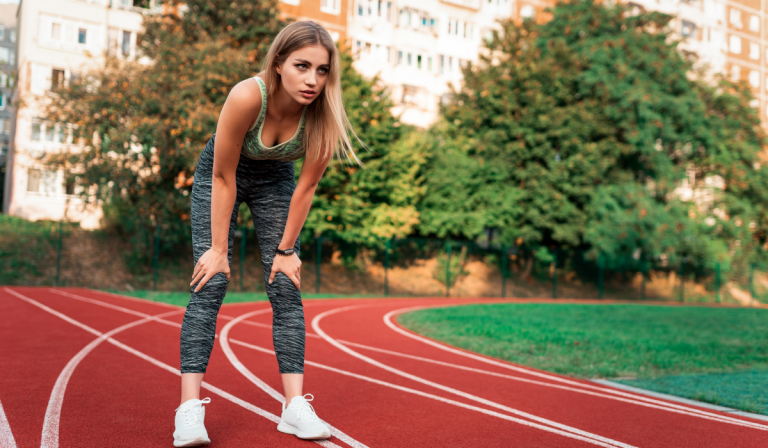 *This post may have affiliate links, which means I may receive commissions if you choose to purchase through links I provide (at no extra cost to you). As an Amazon Associate I earn from qualifying purchases. Please read my disclaimer for additional details.. So, you used to enjoy running and every exercise that comes with… 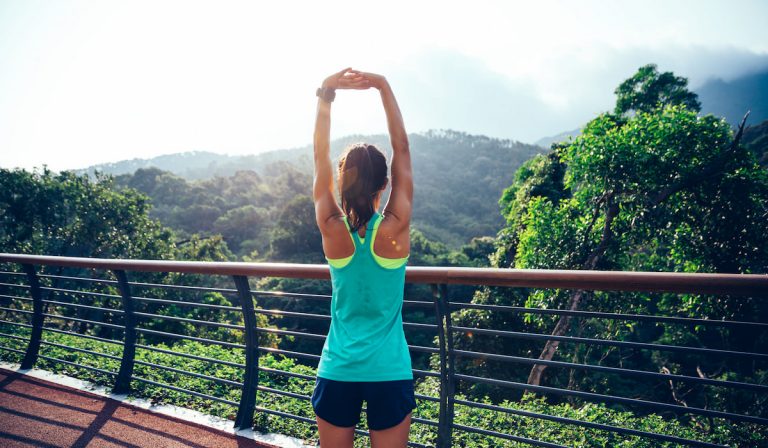 *This post may have affiliate links, which means I may receive commissions if you choose to purchase through links I provide (at no extra cost to you). As an Amazon Associate I earn from qualifying purchases. Please read my disclaimer for additional details.. The best running tank tops for women are characterized by high breathability,… 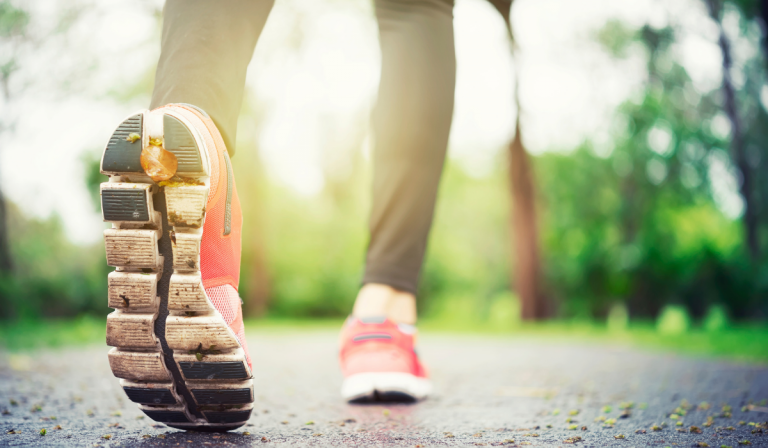 *This post may have affiliate links, which means I may receive commissions if you choose to purchase through links I provide (at no extra cost to you). As an Amazon Associate I earn from qualifying purchases. Please read my disclaimer for additional details.. Many runners aim to run long distances without stopping, just like elite… 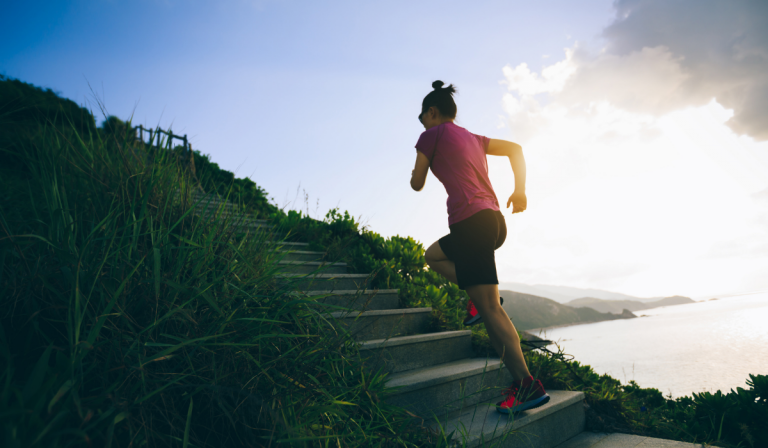 *This post may have affiliate links, which means I may receive commissions if you choose to purchase through links I provide (at no extra cost to you). As an Amazon Associate I earn from qualifying purchases. Please read my disclaimer for additional details.. Vertical oscillation measures how much a runner moves vertically with each stride…. 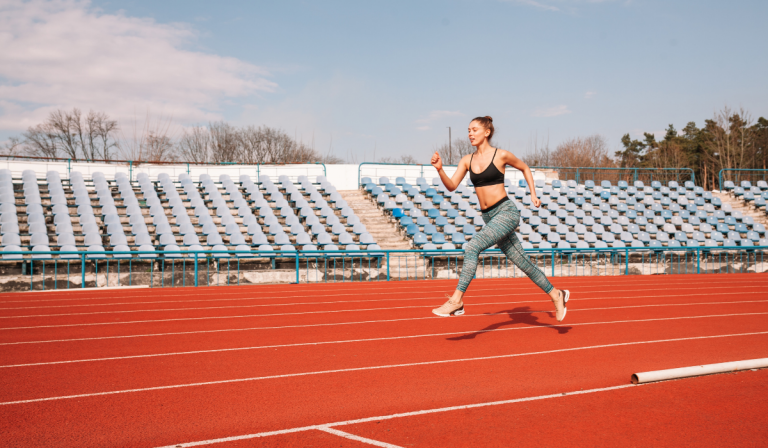 *This post may have affiliate links, which means I may receive commissions if you choose to purchase through links I provide (at no extra cost to you). As an Amazon Associate I earn from qualifying purchases. Please read my disclaimer for additional details.. Running and sprinting are high-intensity exercises that use similar muscle groups, but… 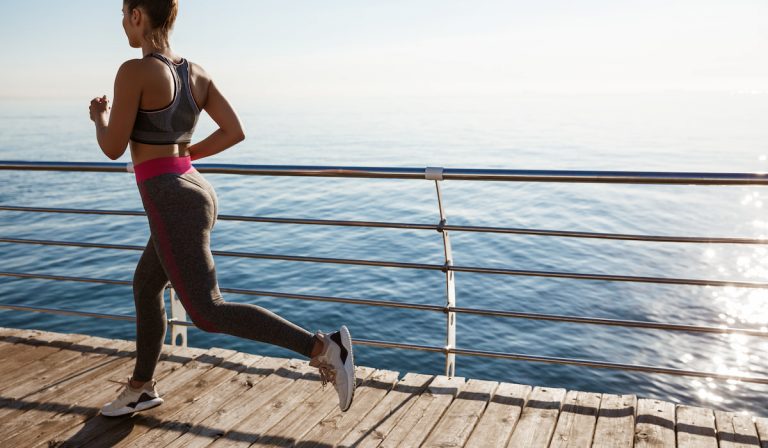 *This post may have affiliate links, which means I may receive commissions if you choose to purchase through links I provide (at no extra cost to you). As an Amazon Associate I earn from qualifying purchases. Please read my disclaimer for additional details.. Running is one of the best ways to remain fit. Whether you…